It goes without saying that the diseases most closely related to the common cold are pneumonia and tuberculosis. In particular, it is necessary to explain them sufficiently because they are probably the most distressing diseases in Japan nowadays.

The first cause of pneumonia and tuberculosis is, of course, the common cold.

As I explained in the previous section, various methods are used to stop medical treatment as much as possible after the purifying effect of the common cold has occurred. Among them, drugs and ice cold are the most dangerous.

Originally, all drugs are poisonous. As I have already explained, it is because they are most effective in stopping the purifying action.

As I have explained before, it is the "natural benevolent force" that we are born with to eliminate toxins from our body.

When a disease occurs, medical science tries to stop the purification process as much as possible.

The best way to do that is to weaken the body's physical strength.

The only way to do this was to put poison into the body, which would weaken the body's physical strength, which in turn would weaken the purification process and reduce or eliminate the symptoms of the disease.

Ice cooling (cooling with ice) is bad because it reduces the heat used to remove toxins, which weakens the purification process and hardens the body back to its original state, which in turn reduces the amount of pain.

Of course, the same thing happens with poultices. The only difference is that the human body constantly breathes through the capillaries in the skin, so choking the capillaries stops the cleansing of the body and eases the symptoms.

Injections are especially popular nowadays, but since there is a risk of poisoning if you take strong medicines, they are administered through the skin.

This is pneumonia, which is based on the principle of debt as described in the previous section, and the peculiarity of pneumonia is that a large amount of sputum accumulates in the lungs, which causes severe wheezing sound.
The wheezing sound is a crack of sputum as the alveoli move with each breath.

Dyspnea is also caused by the fact that the volume of sputum in the lungs shrinks due to the large amount of sputum in the lungs, and therefore, frequent breathing is necessary to obtain the necessary amount of air.
According to this principle, in the case of pneumonia, if the patient is left to heal naturally without any kind of treatment, only the sputum will come out and the patient will be cured smoothly.

On the other hand, the medical science tries to stop the cleansing process by any means possible. Above all, the medical treatment of pneumonia is to use strong medicine. That's because the poison is so strong that it is powerful enough to stop the purification. The synergistic effect of the strong purification and the exhaustion of physical strength caused by the strong cessation of purification will cause the death of the patient, which is a debilitating event.

As shown on the right, pneumonia is a powerful cleansing agent because one's physical strength is very strong. Tuberculosis is the result of a slow purification process.

When doctors diagnose a new patient for the first time, among various methods, radiographs are the most definitive tool today. This is because it shows a cloud or hollow space in the lungs, which is determined to be tuberculosis, but medical science does not know the cause of the disease.

So I will try to explain the cause of tuberculosis, but as mentioned in the explanation of the common cold, when the toxin, which initially became a liquid, invades and stagnates in the lungs, as a result of purifying and stopping the process as much as possible, the sputum is not excreted and remains in the lungs, and as the days go by, it becomes solidification.
Since this is a cloud cover, it can be said that this is an entirely human-caused phenomenon (man-made).

Therefore, there is not the slightest abnormality in the lungs when the liquid first enters the body. If the location of hardened phlegm is relatively high, it is called a catarrh of the pulmonary apex or pulmonary portal gland.

It's similar to that, but it's also called pulmonary infiltration. The toxins that have accumulated and hardened near the ribs or in the area of the ribs can be cleansed and dissolved and infiltrated into the lungs, which can lead to sputum (spitting phlegm).

Once a patient has been diagnosed with tuberculosis, medical treatment is the same as for the common cold, and the patient should be treated by stopping the purification process as much as possible. The one that is most effective for this is the resting method, which is being practiced with great enthusiasm these days. However, this resting method is a peculiarity.

If a healthy person remains in bed for a month, he will lose his appetite and stamina due to lack of exercise, and because he does not go out, he will become pale and visibly weak, and even if he moves a little, he will be short of breath. They become pale and visibly weak, and even if they move a little, they become short of breath.
On top of that, the patient is given poisoning and fed a lot of animal protein for nourishment, which are all methods of increasing the level of weakness.

As a result of performing the debilitating method in this way, the purifying power decreases as planned, the symptoms decrease and the patient finally becomes fever-free, and there is no more cough and sputum. Since the patient is not really cured, when some kind of cleansing occurs, the patient suddenly gets worse, falls into a serious condition, and sometimes dies. This is a fact that doctors often experience.

Therefore, medical science does not say that the disease can be cured. As you can see, it is called "hardening".
If the patient is ill and does a little bit of exercise, he or she will immediately develop a fever. It is a good thing that the doctor is in a hurry to warn you, but this is only because the cleansing that had temporarily subsided due to exercise has started again.
It's a good thing that you are not just a part of a group of people, but also a part of a community.

Here is a very important point to note about the tuberculosis bacillus. Medical science dismisses Mycobacterium tuberculosis as contagious, which is not always the case, but for the most part it is naturally occurring.

As mentioned before, when sputum first invades the lungs, medical treatment is designed to prevent the sputum from coming out of the lungs by clotting it, so that the sputum decomposes over time and microorganisms are produced. This is the tubercle bacillus. The phlegm has a foul smell and is very sticky.

Try to think about it. If a substance becomes old, it will decay, and if it decays, microbes will spring up. On top of that, the favorable conditions of body temperature also help. When you look at it this way, the first time you have a cold, when the sputum accumulates in the lungs, you can get rid of it as much as possible.

If you try your best not to let it out, it can cause the sputum to rot, and the fungus can eat away at the cells and even create a hollow space in the lungs. Unless we awaken to this truth, there is no way to know how many more patients will be diagnosed in the future.

It is important to note that pneumothorax is one of the most effective methods of tuberculosis treatment at present. When there is a hollow space in the lung, the activity of the lung is slowed down in order to shrink it as much as possible by shrinking the alveoli.
In other words, the method of resting in the lungs would cause the cavity's cause, dense sputum (thick sputum), to clump together, and the cavity would shrink, and it would appear to have been cured for a time, but when it came to living a normal life, a second purification would take place, and in most cases, the lungs would be restored to their original state of health. If this is the case, it is only natural that this is not a fundamental treatment.

Lung gangrene is a symptom in which a boil appears in the middle of the pulmonary membrane of the lung organ.
This is also a form of cleansing, but medicine will stop the cleansing process, so it will not heal for long. Finally, the disease ends up being unsuccessful.

In addition, miliary tuberculosis is the same as skin eczema, and it is a kind of purification.

Lung cancer is caused by eating a lot of meat, and a kind of toxin in the meat makes the blood cloudy, and the toxin accumulates in the lungs, resulting in a hard swelling.

Measles is often associated with pneumonia, but this is nothing to worry about. However, this is because measles appears in the alveoli and reduces the space in the lungs, so the disease will be cured in two or three days if left as it is.

The second disease related to tuberculosis is laryngeal tuberculosis, which occurs in the last stage of tuberculosis. It is characterized by hoarseness of voice and difficulty in swallowing (swallowing) when eating due to pain in the throat. The reason for this is that when the phlegm goes through the throat of throat, the phlegm is very poisonous so it irritates the mucous membrane of the wind pipe and throat and causes catarrh (bad condition), this phlegm is the oldest and the way of decay is also very bad. This phlegm is the oldest and the way it is rotten is also very bad, so the phlegm will not be cured for a long time. When the doctor found out that it was tuberculosis of the larynx, he would always spoon it away.

Tuberculosis of the intestine is a symptom of intestinal tuberculosis, in which numerous nodules form on the navel and all over the belly. Of course, it hurts when I press on it, so I know it well and there is always some heat. These clots are dissolved by heat and come out as diarrhea almost every day, but of course these clots are the solidified ones of the medicinal poison, so they cannot be cured unless I stop taking the medicine. Doctors are also afraid of this disease because of the diarrhea, which makes the disease more debilitating.

Lastly, I would like to explain the reason why tuberculosis is more persistent and cannot be cured than other diseases. Once a patient has tuberculosis, he or she will take various drugs into his or her body from the beginning, as long as the drugs are the main source of treatment.

The poisonous drugs will contaminate the body, so there is no cure at the end. If it becomes so, even the phlegm smells like medicines, which is a terrible mistake.

I used to treat such patients, but the purpose of the treatment was only to get rid of the poison.
*** Translated with www.DeepL.com/Translator (free version) *** 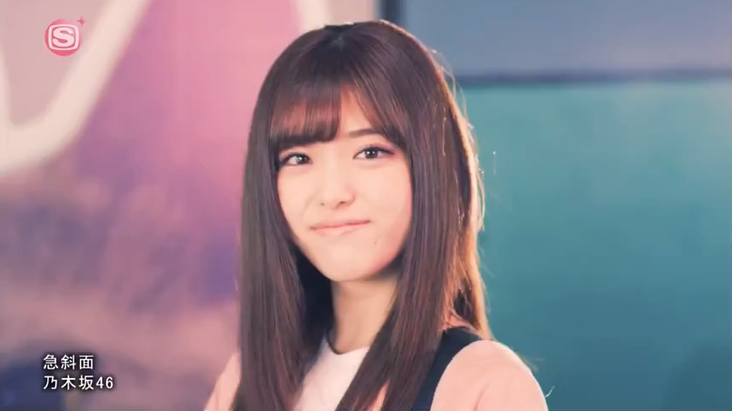 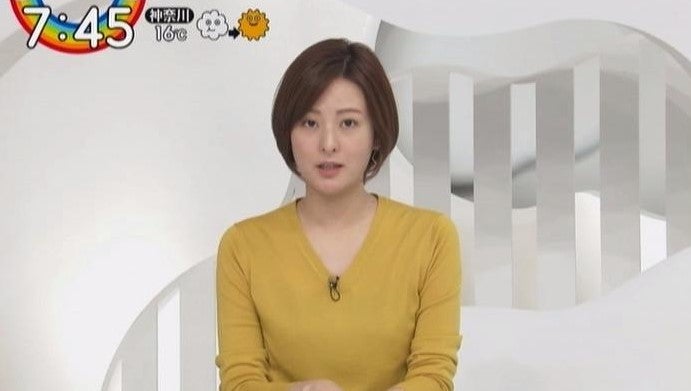 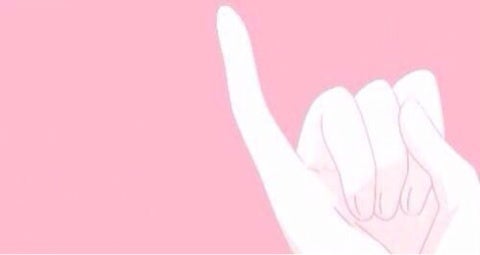 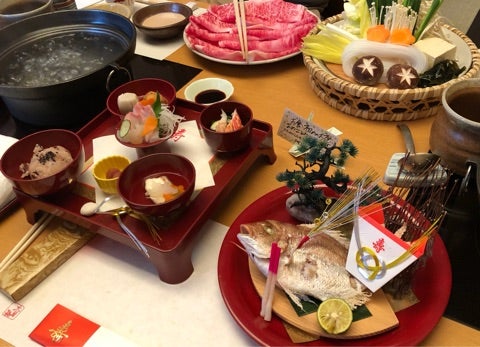 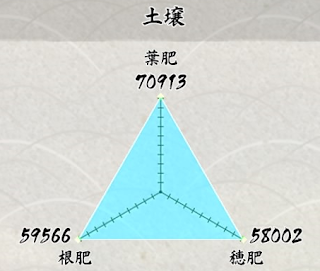 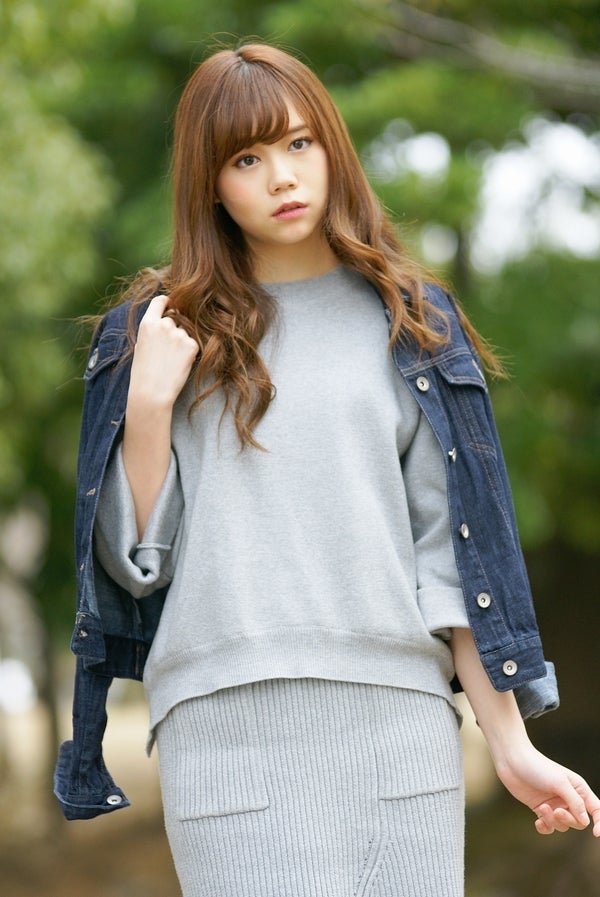 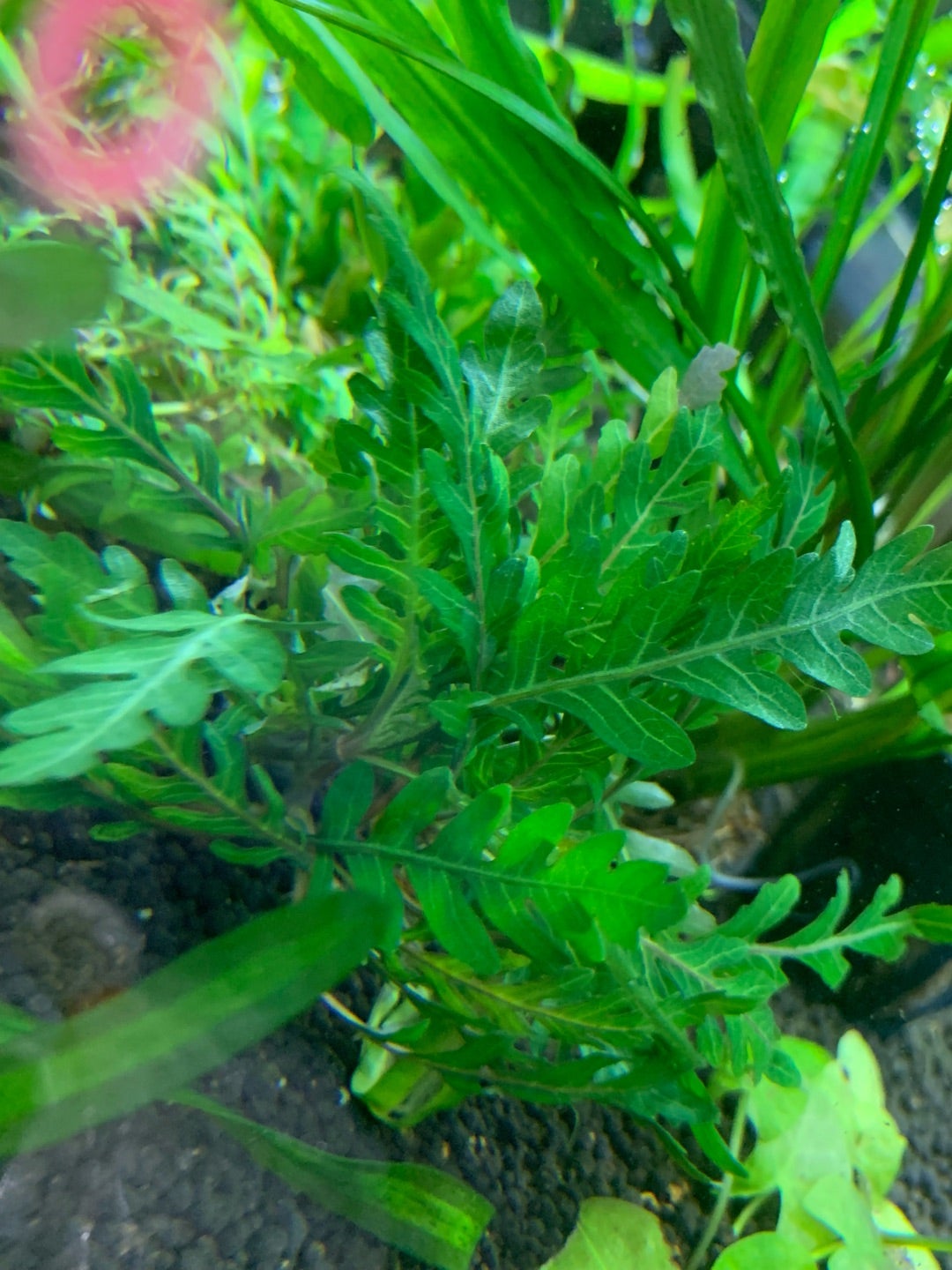 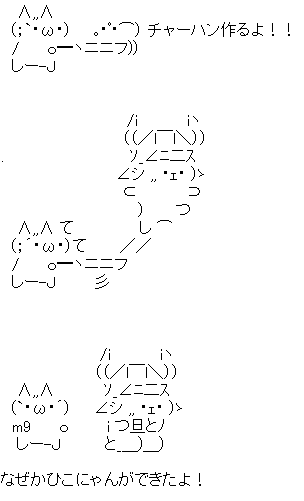 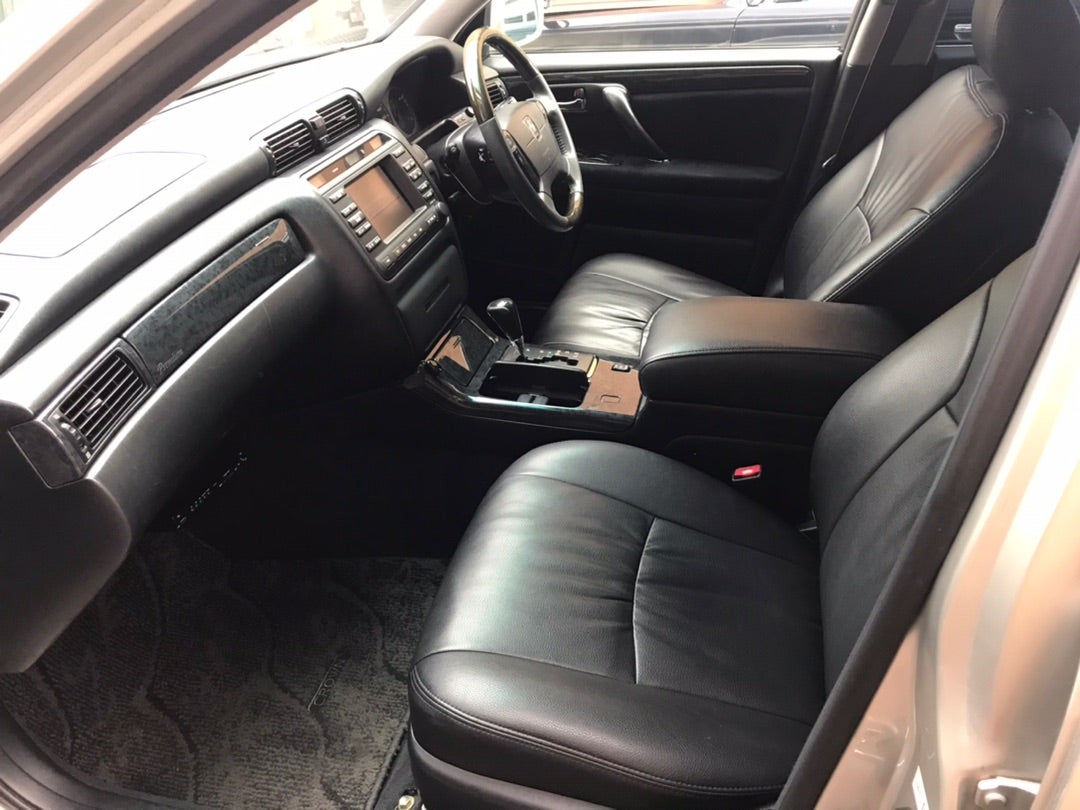 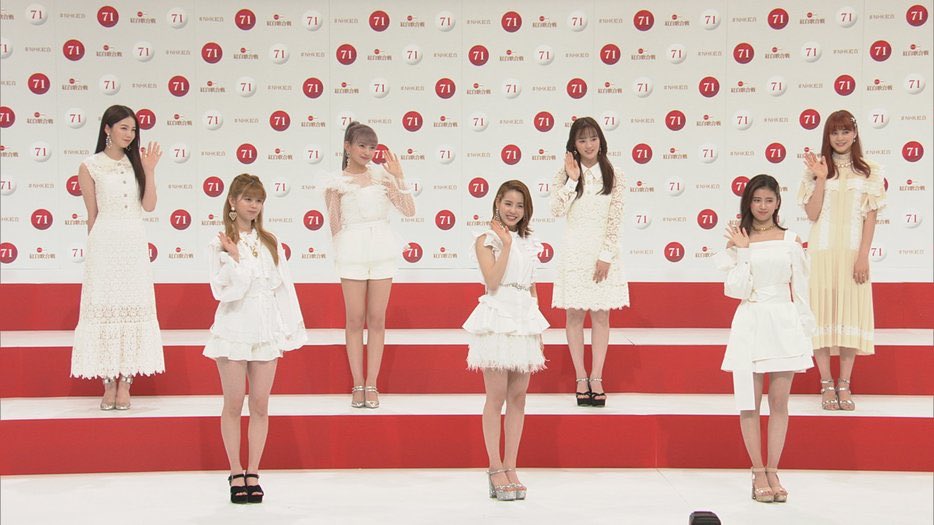 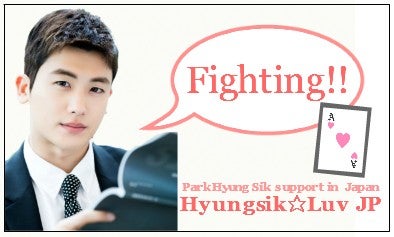 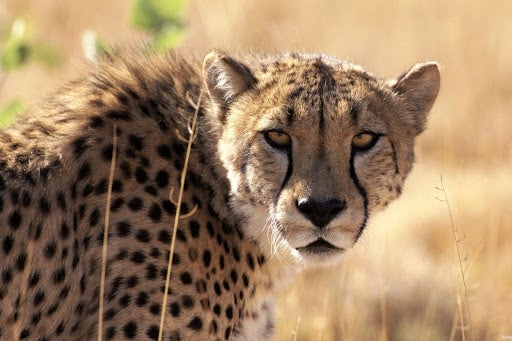 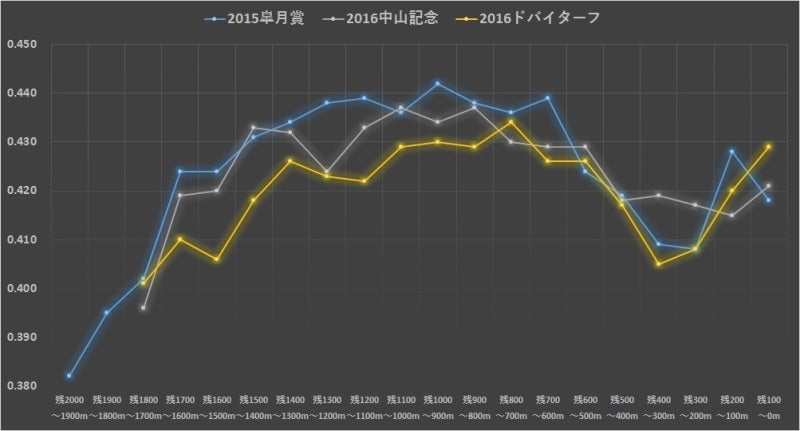